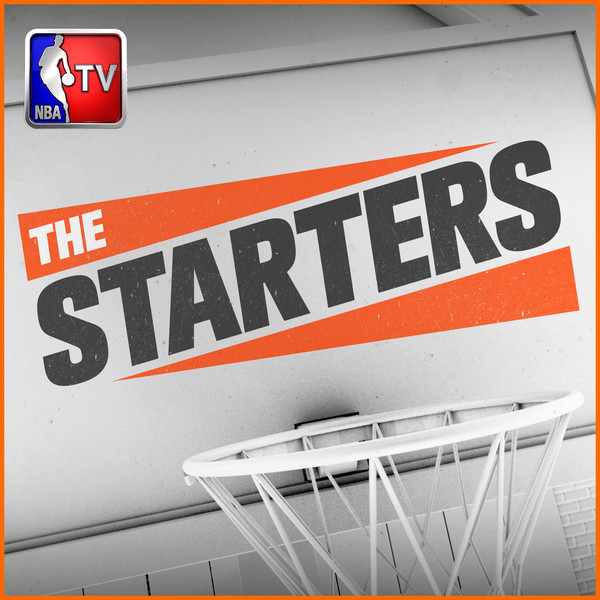 When I started thinking about my favorite podcasts of 2014 I had some serious deliberations about what to include and how to rank the different shows but there was never a moment of hesitation about which was my favorite. Hosted by J.E. Skeets, Tas Melas, Trey Kerby, and Leigh Ellis, The Starters isn’t just my favorite podcast, its one of the best parts of the my day. Monday through Friday this upbeat NBA discussion show airs in late afternoon with the podcast published and ready for me to listen to on my commute home.

I started listening to The Basketball Jones podcast at the end of the 2012-2013 NBA season but I only caught a few episodes. In October of 2013 I learned that NBA TV had picked up the cast of The Basketball Jones for a new daily show/podcast called The Starters and I decided to give it a try and I’ve become an absolute fiend for the show. Last season their daily episodes were nearly an hour but this season they have cut it down to a half hour and though I was skeptical of the move at first, its allowed the show to be more lean and focused on the most entertaining stories of the day. There have been probably 150-200 episodes since the beginning of the 2013-2014 NBA season and I haven’t missed a single one.

These guys are unabashed fans. Most sports journalists tread lightly around their loyalties to specific teams but not The Starters. Skeets and Melas are long time Toronto Raptors fans who are unafraid of playing the homer card. Trey Kerby is a Chicago fan who also makes no effort to hide his allegiance to his beloved Bulls and the Australian, Leigh Ellis doesn’t claim to have any particular favorites though if cornered I suspect he would pick the ‘very solid’ Spurs. But more important than their individual loyalties, these guys are genuine fans of the game. When former players, coaches, or executives talk basketball, they are almost too close to the sport to still hold any reverence of the game or its players. The guys of The Starters may work for the NBA now but it wasn’t that long ago that they were amateur fanboys like the rest of us.  They are funny, insightful, and relatable and as such they appreciate the interviews, antics, sideshows and wedgies as much as the stats, highlights and strategies. Who knew four unpretentious white basketball nerds discussing the worlds greatest game could bring me such joy.

Congrats to The Starters, the 2014 Compact Discography Podcast of the Year.

PS: The story of how The Starters came to be (0r at least the Wikipedia version) has been a bit of an inspiration to me over the past year. Host J.E. Skeets (aka Phil Elder), was challenged by a friend to write a blog post every day for a year and after a basketball related post got linked by Deadspin, he started to generate a lot of traffic on his site. This lead to the creation of a podcast, a job as a sports blog editor for Yahoo! and now a daily show on NBA TV. I’ve never had grand inspirations for Compact Discography but this story makes me think someday I could turn a hobby and a passion into a paying job.

J.E., Tas, Trey and Leigh: if you’re out there reading this, thanks for the show and keep up the good work.