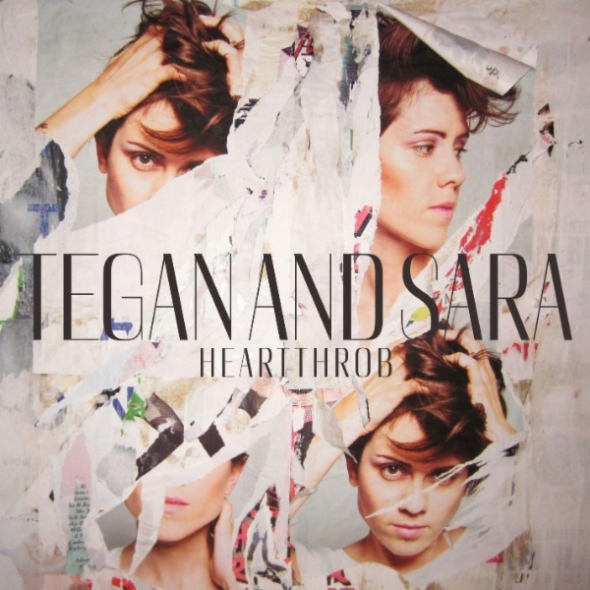 I’ve been a fan of Tegan and Sara since their 2005 release So Jealous and I even got to see them live while touring in support of their 2007 album The Con. Shortly thereafter I lost interest in the band and I moved on to other things. But I surprised myself a month ago when I impulsively purchased their latest album Heartthrob before hearing anything about it. But then again the Amazon MP3 store and their damn $1.99 album sales make it pretty difficult not to be impulsive. So far Heartthrob has produced the best jams to dollars ratio of 2013 (despite its brilliance, MBV’s mbv ranks at the low end of the list as it cost me nearly $30 to order the CD).

Heartthrob is a short and sugary album that is hard not to fall in love with after a single listen. Straying far from their previous material, they seem to borrow some moves from from Robyn and every pop artists from the 1980s; pouring out infectious dance tracks that intimately explore the highs and lows of love and heartbreak. But I am a strong believer in the words of Pablo Picasso: “Good artists borrow, great artists steal”. Tegan and Sara have gracefully and shamelessly delivered an ambitious collection of 80s influenced synth pop tracks and its so well executed that I can almost forget how obnoxiously prevalent 80s music is featured in pop these days (see Pitbull & Christina Aguilera’s “Feel This Moment” which hijacks a-ha’s “Take On Me” melody). The shortcomings of the album are intrinsic with its design. I place a high value on innovation and while I thoroughly enjoy Heartthrob its not exactly the newest sound.

Heartthrob should have a lot working against it. The juxtaposition of retro bubblegum pop aesthetics and staggering vulnerability are an unlikely but ultimately successful pairing. Its an endearing album that never seems to take itself to seriously. Like a John Hughes film, Heartthrob seamlessly brings the nostalgia and the adrenaline rush of young love together into an unabashedly fun package.

Songs like “How Come You Don’t Want Me” and “Now I’m All Messed Up” are raw and vulnerable tracks that explore unrequited love and still manage to be upbeat in their own glossy way. On “I Was A Fool” and “I’m Not Your Hero” they convey a more refined and focused expression of heartbreak than you see in most mainstream pop music by courageously owning up to their own shortcomings. I genuinely enjoyed Taylor Swifts last album Red but like many other pop artists she is often either bitterly self deprecating or sharply accusatory. Tegan and Sara are able to wrestle with the same ideas pop music has been toying with for decades but with more self awareness, depth and maturity than their contemporaries and the result is consistently delightful and often astounding.